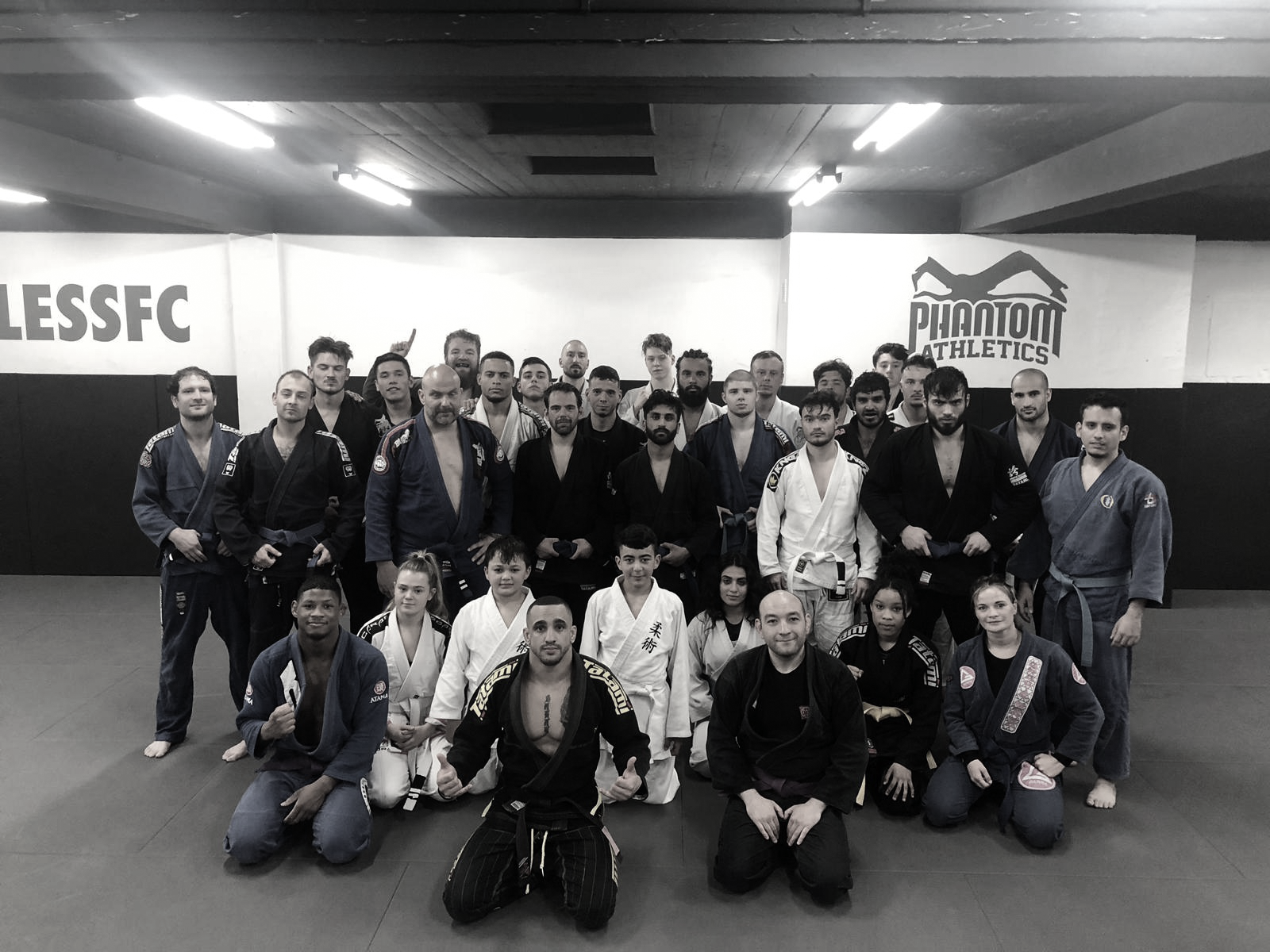 Brazilian Jiu Jitsu (BJJ) is a martial art that focuses on grappling with an emphasis on ground fighting. The goal is to get a dominant position and to ensure that an attacker knocks as quickly as possible. It is based on a modified version of the traditional Japanese Jiu Jitsu, called "Jiu-do". The idea is that soft beats hard. In other words, a smaller and weaker person who uses

the right techniques and movements can defend him/herself against a stronger and larger attacker. You can practice the sport as self-defense or during special grappling or Mixed Martial Arts tournaments. Sparring and continuous repetition of exercises play an important role in training. During competitions and tournaments it is mainly about the performance that is delivered.

Come and participate, without obligation, in one of our trainings to experience it yourself